Having a well-considered hashtag strategy is the number one way to reach a new audience on other social media platforms such as LinkedIn, Instagram and Twitter.

Should you be adding hashtags to your Facebook posts?

The answer is “YES.” Hashtags DO have their place on Facebook for Businesses. We’ll tell you why, and how to best use them within your Facebook posts. 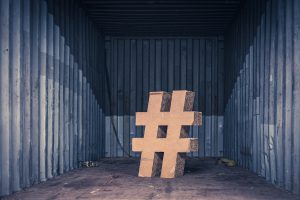 Facebook itself has encouraged users to add hashtags to their content. The social media giant has said hashtags can increase engagement levels, and increase organic reach. That means more people seeing content within their news feeds, and more ways for content to be found via the search tool on Facebook.

However, Facebook hashtags serve a unique purpose, and we need to take care when using them.

You shouldn’t post hashtags on Facebook just BECAUSE. Your hashtags should be well chosen and well researched for the following reasons.

You want to know what your audience is talking about and what they are interested in.

If posts around a specific hashtag or campaign perform well, that is an excellent reason to keep that hashtag in rotation. Also be sure to keep an eye out for trending hashtags to capitalise on.

By using hashtags, you can get more eyes on your posts, and categorise your content so that your audience can come back to it later. All posts relating to a certain hashtag can all be found in one place. Hashtags can help highlight specific campaigns or posts that followers might be interested in.

See this Redbubble post, for example, they’ve used the hashtag #SecretSanta making their post searchable for those looking for Secret Santa presents.

(READ: Social Listening: What, Why and How Ultimate Guide)

See this post by Brownes Dairy, for example, they’ve used the hashtag #gotmilkchallenge – encouraging their users to use the hashtag as well to promote the campaign.

One aspect that could deter users from adding hashtags to their posts is the privacy settings on Facebook, which are unique compared to other social media platforms.

This is unlike other platforms, where the goal (for users) is to be seen by as many people as possible. On Facebook, most users have the option to allow their content to be seen by everyone down to just themselves and everything in between.

This is an issue for marketers on Facebook because 100 people could be using a tag, but only 8 of them have privacy settings open to the public. You’re skewing the data, making something look more or less popular than it might be.

Here are some handy tips to get hashtagging on Facebook.

Instead, use one or two hashtags related to a niche in your post/ industry. Many influential brands only use ONE hashtag on Facebook. Many researchers say that maximum engagement occurs with only one hashtag.

Following the less is more approach, hashtags on Facebook often go with a humorous or creative approach to their hashtag strategy.

Look at this Redbubble post as an examples #caturday is a funny word that goes great with their brand.

What do you think? Do you use hashtags on Facebook? Let us know in the comments!

Looking for something in particular? Find it here.

For all questions and comments – including the Australian Web Awards or Edge of the Web – please complete the contact form and we’ll be in touch as soon as we can.

If you are interested in becoming a sponsor of AWIA, email us at [email protected]

For admin matters pertaining to the Association
[email protected]

We welcome comments and questions about AWIA and the web industry in Australia.